Perfect Hideaway
This is a wonderful park with lots of privacy, very friendly staff and nicely groomed roads and trails. You can tell that the people who maintain the grounds really love the place. The deer flys are aggressive particularly in the woods so bring your bug repellent, but we could sit and enjoy the outdoors without being attacked so it wasn’t a real problem.

Shepard Park
This place is great. The campsites are very large and quiet. They have a playground, disc golf, boat launch and archery course. It's now run and maintained by the city which is so much better than the State crews. This is the hidden gem.

Park Needs Work But ...
Park is now owned by city - no longer a state park. $13/night w veterans discount or $360/month. Park has great potential but is currently in disrepair. Sites are NOT level but do have good privacy. Bathhouse needs lots of work and supposedly bids are underway for repairs or rebuilding. Quiet park except an infrequent train that can barely be heard. Park had a fair amount of monthly campers.

The Train Is The Least Of Your Worries
The train was a non issue for us. I was more concerned that the bathhouse is old and really needs an overhaul. The roads are rough and have pot holes. But this seems to be a theme in most state parks. I rode my bike on a bicycle designated trail that had a LOT of branches and vines over hanging onto the trail. I got thwacked pretty good several times. I let the camp host know. Evidently numerous trails need to be trimmed. We found it odd that a trail head is right in our pull through campsite (004)between the fixed grill and fire ring. Thankfully we haven’t had a steady stream of hikers walking under our awning to get to the road. No recycling here. We have been to several state parks that don’t have recycling receptacles. That seems counterintuitive to me. We noted a little trash in some areas. We liked that the park was quiet, the number of trails available to explore and close proximity to Gautier. The park has frisbe golf and archery course. Bring your own gear.

Solo Traveler
My travel pal (60 lb Poodle) & I stayed in site 7, eleven months ago & loved it. Stayed here again last night on site 20. Noticed some changes that indicated possible underfunding? Bathhouse seemed old & damp despite new shower curtains, fair amount of trash in the area surrounding the site and along 2 trails I hiked. Just generally it didn't look cared for. Otherwise this park has lots of natural scenes to explore. BTW/ I like the sound of a night train, I grew up hearing them. For me it was a nice touch. It was the look of poor upkeep that suprised me, especially in the short span of time.

Quiet, Peaceful, And Full Of Nature
We stayed at site 10 and with that were right next door to the bathroom/showers. I couldn't find on the site that they had showers BUT THEY DO! The other review that I read said close to train tracks, like your laying on them. The train can be heard but from a distance and not like every hour. Joy at check in was nice and friendly. $18 for a night with water and electricity, can't beat it. We really enjoyed our stay and so did our pup.

Too Close To Train Tracks For Us
A little something for everyone: bark park, archery lanes, launch, hiking, birding, camping, lots of RV slots, disc golf, a ball park and playground. They have taken a fairly small piece of real estate and done a good job of filling it up with lots of options for outdoor activities. It is coastal MS, so just be ready for humidity, sweating and bugs (btw, vanilla based sprays work wonders with those horrible gnats). If you come prepared and really like the " outdoors", you'll have fun here. 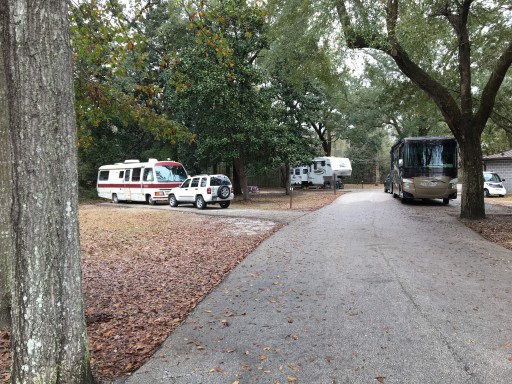 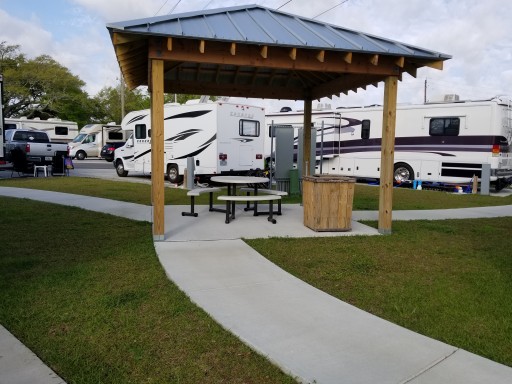 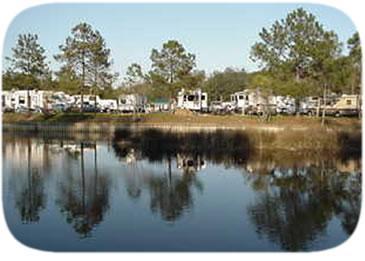