Rv Park
Mosquitoes are terrible but for the most part not to bad. Clean showers and bathrooms. Park is convenient to Jackson Hole, Grand Teton and Yellowstone. Kinda pricey though. I would stay here again. We stayed for a week in July and had beautiful weather and views. Only down I felt was rough gravel sites and no cell service or WiFi. They say they have WiFi, however it rarely worked slow at best.

Bring Your Bug Spray
Dumpy and mosquito driven. If you can pass on it, pass on it. $70 with no wifi, sewer or pool but lots of mosquitos.

Not For City Princesses
We used this while going into Yellowstone and enjoyed the quiet with views. Appears there are 3 different areas that they park you. Our's was not crowded and had gravel sites. We saved 30% over any in Jackson. Yes, it's expensive in Yellowstone area. If that bothers you, go elsewhere. It's not a resort but better than Walmart. Disreguard bad reviews. Its not that bad.

This place is the most expensive and least maintained we have ever had the misfortune of staying at. The mosquito’s were horrible, couldn’t stay outside and spots are uneven and close. Stay anywhere else.

Over 5000 Miles and Still Going
The worst campground in over 5000 miles, also the most expensive! Way, way, way over priced? Do yourself a favor, stay on the side of the road and avoid this DUMP! Laundry room was horrible looks like it hasn’t been cleaned since the beginning of the season! The sites were full of weeds and holes. The people that work there were not friendly or professional. Bathrooms were not in good shape, very tiny toilets, fixtures broken and soap empty. There are other campgrounds in this area that should be added to the ap. This is a LOSER!

Bring Your Bug Spray
Nice view and convenient to the Park, laundry room had 4 washers and 4 dryer 1.25 to wash/1.75 dry However.... Lots of rough gravel, hard to walk around anywhere if you have a pet No WiFi, cable or phone service. It says WiFi but trust me....it does not. Mosquitoes are so miserable make sure you have some strong spray none of that family friendly stuff, it doesn’t work. The RV two down from us had three large dogs, none of them on leases and they were running all over the park. The owners were letting them run onto other people’s areas and crap and did not pick it up. Better then and the mosquitoes We were glad to leave after they arrived

Stayed In 2016
It was horrible. View was great if looked right direction, holes in ground, trash. Staff was very nice and accommodated us late but I would rather boondock than stay here again. Too bad cause with that view there is so much potential.

Only Good Thing Was View
I will say we got their late and they stayed open to accommodate us and were very nice but uneven gravel lots and unkempt grassy areas next to spots were barely there and had huge holes in them... it was literally treacherous to walk around the park. We left as soon as we could. We had dogs with us and usually we hung out outside in am it give the dogs some time to play and stretch their legs but too dangerous for them to even do their business... I just kept looking up to see the view and focus on that instead of immediate surroundings. (Late review. Was there in June 2016)

Shabby and expensive. But there is not much else around.

Expensive And Small
Very pricey compared to others for what you get. For the price you pay you would almost expect brand new bathrooms and cemented sites. Bathrooms had bugs flying around inside while showering. The only thing great about this place is that it's in-between the Tetons and Yellowstone.

This place has a great location for Grant Teton, but it is to far for Yellowstone. People is very friendly and helpful, convenient store is pretty good, some of the facilities are a little dated but they are working on. Cancelation policy is pretty tough but they tell me in advance. This park just to be call Grant Teton Rv Park just in case some people get confuse because some apps still keep that name. The name Resort is to big for this place. I will call it just a simple Rv Park.

Gross exaggeration to call it a "RV Resort". Entrance is poorly marked with office at a gas station. Too expensive for what you get.

Not Worth It
This place is junky. The pool is not open, the picnic tables are falling apart, not all of the sites have hook ups like they say, and sites are not marked. I would not stay here again or recommend it.

Pricey But No Complaints
Gives you access to Grand Teton and Yellowstone, and not far from Jackson. Good location but expensive. (The whole area is expensive tho.) There was a "lodging tax", a "state tax", a "Teton tax" and a "resort tax".

It's Expensive
It's expensive but it's OK for a night stay. We had electric and water hookups. The place had a small restaurant with a bar. It's near the Teton and Yellowstone but I would not see the reason to spend more than a night there.

Grossly Overpriced
We've been traveling in an RV for 10 years. This is the most we've paid for a spot in a field with no trees. This is what happens when there is no competition. Plan your trip accordingly and avoid this rip off.

My wife and I traveled for 6 weeks this summer and stayed at multiple RV parks, this park was the most expensive of all the parks and ranked dead last in terms of condition of the park grounds and amenities. The bathrooms we're discusting, I mentioned that the sole paper towel dispenser was empty to the attendant and it was still empty in the morning, gas was $1.00 more than the next station a few miles away and the mosquitos made it impossible to enjoy the outside of our campsite. Find someplace else is my recommendation. 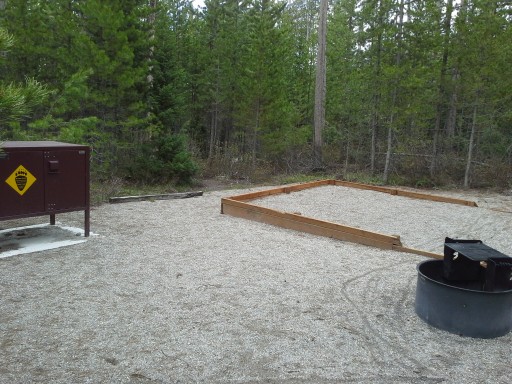 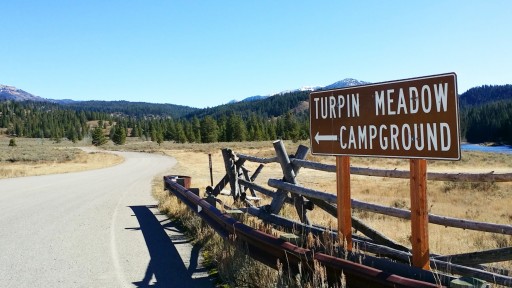 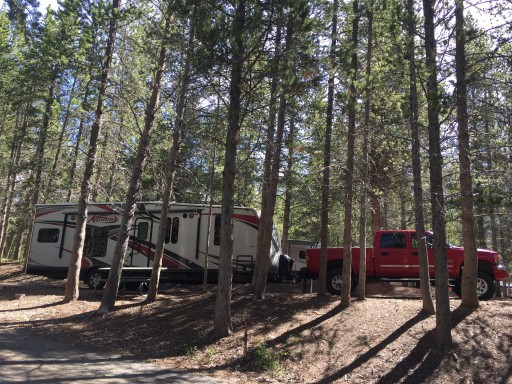 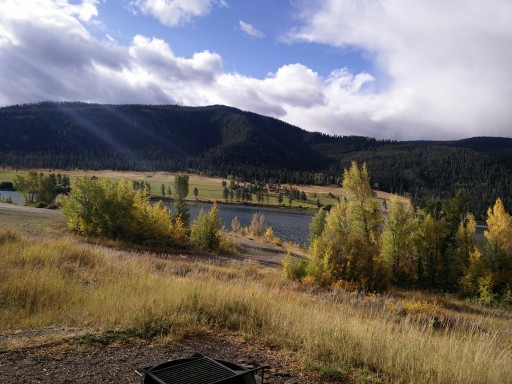 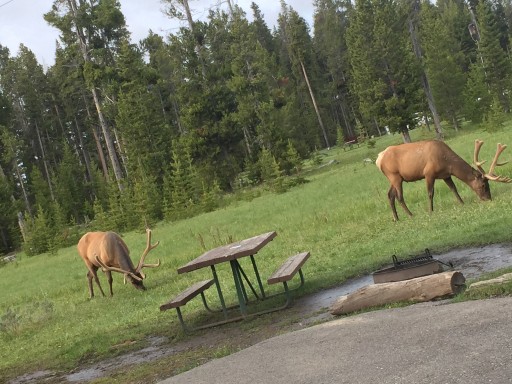