Over Night Stop
I was planning on staying two nights. One night was more than enough...There was no Air TV Channels. Cell phone service was OK. I was placed way in the back and the two couples I did run into kept there heads down hoping I didn’t acknowledge them. There were several Confederate Flags. I was able to dump my black and gray tanks and throw my trash out. Bathrooms were trailers. I did not use them, but they looked OK from the outside. River was close but not appealing. I would stop again to dump my tanks and trash. One night only. The Security Guard at the gate was nice and helpful.

Camper
Would not go here again! The so called manager and his so called assistant go by some rules but not others. I'll drive farther to go to a better campground.

Ugh
This is not what I call a resort, more of a campground. Has amenities, none which were active since this was after Labor Day. Sites where they wanted to put us were either already occupied or the drop off to unhook or hookup is extreme. Other areas were wooded with a bunch of trees or were too short for our unit. Seems to be located on the side of a mtn, so getting in, out and around the campground was a pain and the roads through area A are quite tedious. The only more level sites seemed to be at the very bottom of the mtn along the river area where most are permanent or have no sewer. The nicer sites up by where you come in to this campground are reserved for local contractors, even though they were not all full, we were not allowed to park our unit there for the one night stay. Took about 45 minutes to find a place we could safely fit our unit & rig. I called around lunch on the day we were to arrive to make a reservation and was told yes they could accommodate us, just come to the 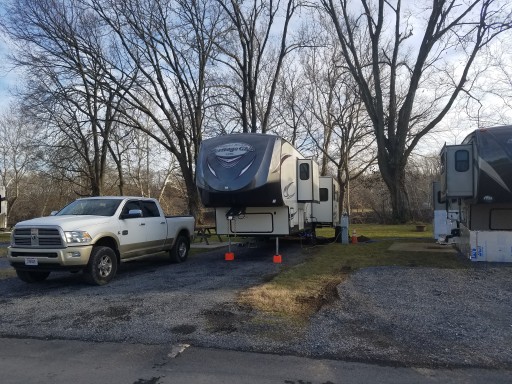 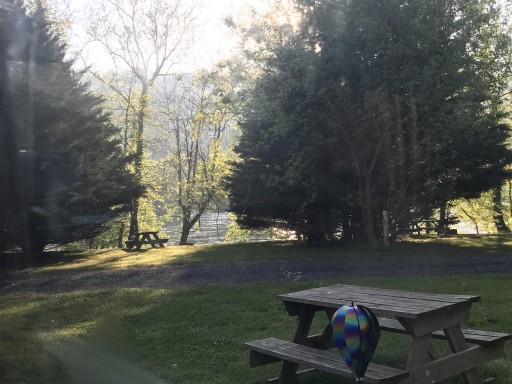 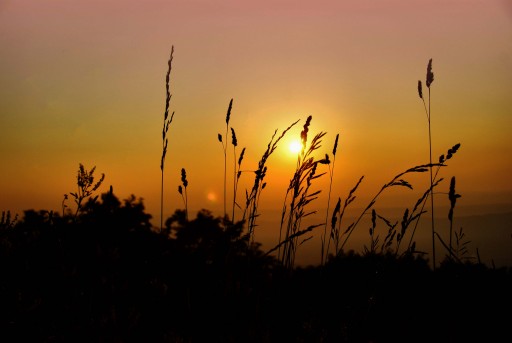 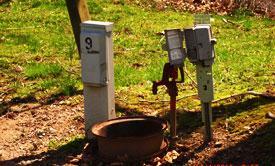