Dusty
Well it is in the desert so dirt sites were to be expected. WiFi only in the office. Staff would not give me the password so I had to give her the phone to enter it. She does not know that Apple device’s can share passwords wirelessly so all 4 devices could get on inside the office or close by. The Big Bend Park in worth the drive.

Stayed there it was great. You have to remember your in the desert. We had a great time nice office staff. Headed back now to stay a few more days

Good Basic Park
We stayed here for five nights because the national park was full. It provided what we needed, a decent place to stay close to the park. It is basic, we had a flat site with full hookup (30 amp). Had to pay $2 for the shower. Wifi doesn't work at the site but is good at the office. They do not recommend drinking the water due to mineral content but they provided free gallons of water. It is dusty but this is the desert. Spacing was ok where we were, site 76. This park looked better then the others we saw in the area. Our only concern was quiet time didn't start until midnight, but it was never a problem, maybe because the Park was only 50 - 60% full. We would stay here again if we couldn't get in the national park.

Pass
The RV sites give you a place to hook up and thats about it. The sites really close, gravel pads which are kinda level and they mixed in with tent campers and cabin/motel rooms. This was a fun experience. The shouting, dog barking, flash light beams in your eyes and having your minor daughter get to see a grown man pee behind their dumpster. This is one classy “resort”.

Big Bend Visitor
This was an ok place to stay. As said by many smallish, dusty sites. Electric did not work in our site so they had to move us which was ok because they were not full. It seems like the best place to stay near this entrance to the park.

OK
That’s about the best you can say, it is ok. Didn’t use the showers since you need to pay extra. Price was reasonable but lit is bare bones.

Fair To Average
As said before small sites and dusty, restrooms are fair, $39.00 per night with good sams.

Do not recommend!! Stayed at this companies park at red canyon in Utah and felt this would be similar. WiFi is a joke unless you go to the office, stated they had cable , upon check in was told cable only for the motel. However park was wired for cable. Very dissatisfied.

Convenient
Friendly staff, close to Terlingua, sites are a little close together but no big deal, very dusty but you are in West Texas. Would stay again. ( 35 ft class a with toad )

Okay when nat. park campgrounds are full
Dusty, close together, 80% of the washers and dryers are out of order, someone stole our nice new water hose off our R V! Great location. Restaurant has good food. RV clerks were friendly.

Nice place but lots are small. Hookups work well but they had a few down for maintenance. WIFI doesn't work! Bathrooms and Showers are disgusting and not enough for the amount of people. Nobody seems to pick up after their pet. Overall though, it's a decent place to use as a base camp for touring Big Bend

So-so
Beware...wifi is not throughout the park. It is available in a room at the lodge. Site 98 is by a building that hums constantly. The vibration was felt through the floor constantly.

Great site view access yo the parks is right around the corner.. a texas corner.. lol

Great sites very cheap for the amenities. Only $27 for a pull thru site. Clean quiet and definitely recommend it.

Secluded Getaway
No one is around, so you can have a secluded adventure with gorgeous views of the mountains. Facilities are low average. Not much for kids. 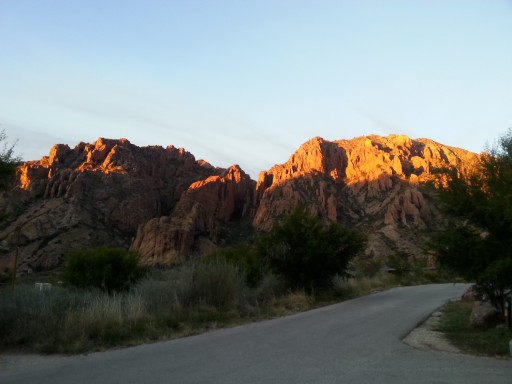 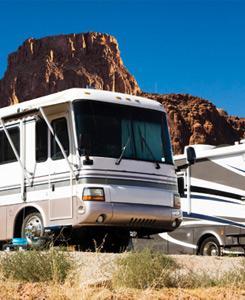