Never Again
We are fans of National, State and COE parks and this is hands down the bottom of the barrel. Mud was everywhere, and that is to be expected, but we couldn’t get our camper centered on the small patch of gravel. We hope to be able to get out easily in the morning. Add to that that the site hasn’t been cleaned. I blame the prior visitor, but I think they took their anger out on the site. Three dog bags scattered around the site. The picnic table is covered with mold and green growth. Think about another park. Happy travels.

Great Sites And Park Well Kept
Before getting here I read several bad reviews about this Park but I have found none of these claims to be true. Nice sites, the park is maintained nicely and I only slightly hear the turnpike in the distance. I would stay here again and recomend to anyone in the area.

Loop B Stinks
We stayed two nights at Shawnee to be close to the Flight 93 Memorial. While we would highly recommend the memorial, the campground was not a pleasant stay for us. There was a smell of sewage that was so intense we did not want to be outside. Even if we wanted to be outside, it would be tough without a proper fire. We got wood from the state park vending machine (a firewood vending machine is awesome), but the wood sucked. It was totally green and we had to split it down several times just to get a fire started. I understand the firewood is handled by an outside vendor, but, based on my experience and other reviews, they should immediately fire and replace this vendor. Anyone who is selling totally green wood as firewood is a crook that doesn’t deserve a state park gig. As beautiful as the park and surrounding area are, I would try a different campground next time.

Disappointing State Park
Large campground very NEAR a lake..... But NOT ON IT, and there are no lake views. It is also very near an interstate. You don't see it but you sure do hear it. This state Campground is NOT inexpensive. Few sites are level. The campground is divided between pet friendly and non-pet friendly sections. And from the looks of it, they're trying to discourage people with pets from returning. The pet friendly sites seem to me to be inferior to the non-pet areas. There are flush toilets and bathrooms with showers, they are somewhat outdated and dark, but basically clean. There is a sewage type odor that we occasionally smelled. Positives: I feel safe, and there are areas that are attractively wooded. We've been camping for 6 weeks, and this is the second worst campground we've visited in that time.

Camping At Shawnee
3 Very nice state park. Electric sites are not level and many sites were listed as unavailable but were never occupied the three days we were here. Some folks can't seem to obey the speed limits.

One And Done
Loop A spaces tight and not level. Never did see a camp host. Sewer smell throughout the loop. Shower rooms old and need upgraded. Traffic not observing the campground speed limit.

Not Bad
Arrived at 5pm on a Saturday, about 3/4 full, there are showers on each loop and one doesn't allow pets, so everyone is happy. A lot of the sites aren't level, but no problem for our 20' Campervan. No one at the gate and no envelopes to pay either, so I guess I'll have to stop by in the morning.

Very Nice State Park.
We prefer to stay in state parks when we camp and this one didn't disappoint us. The issues we could say about the place was site numbering system and the lack of trash containers at the dump station. The sites varies in sizes but there is a lot for larger RVs . We stayed during the week so it was very quiet. We would use this campground again. One tip if you want firewood look outside the campground. The campground has a firewood vending machine but the wood we got would not burn. We spoke with a man at the park office about the wood and he told us it is an outside vendor and there has been other complaints about this. Visit the Flight 93 memorial when you are in the area.

Middling, Really 2.5 Stars At Most
Even for a late September stay, the lack of staff was an issue. The park is more for tents, but there are some full hook-ups, and some electric spots good for trailers, but most of the electric sites are uneven dirt-grass. Roads vary between paved and pot holed gravel-mud.

Good Enough
Staff and host are friendly and helpful. Many sites are not level. Area is picturesque. Not all that cheap we spent $38 with a senior discount. 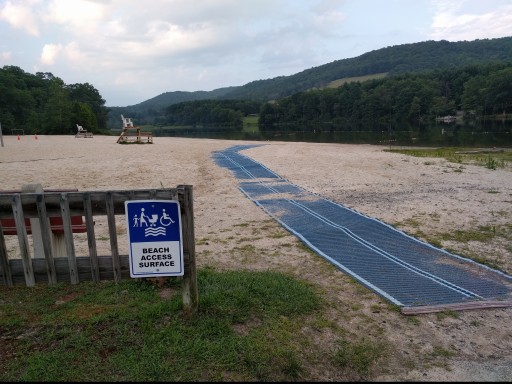 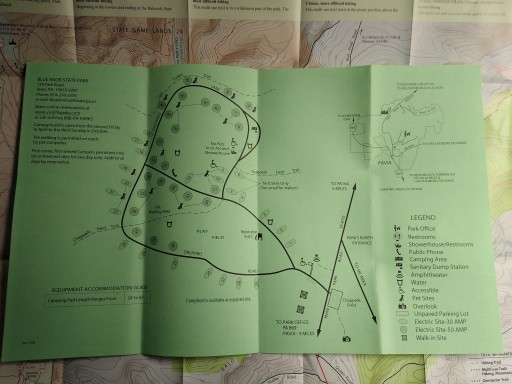 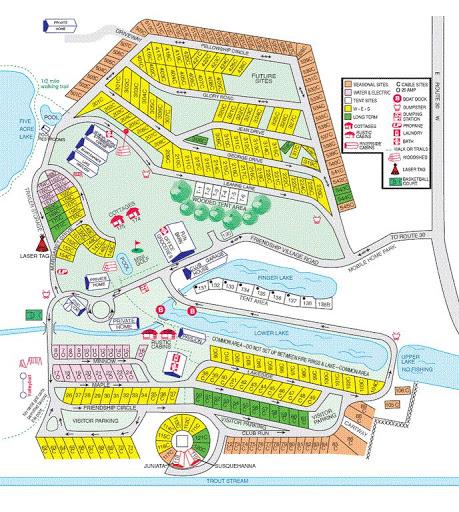 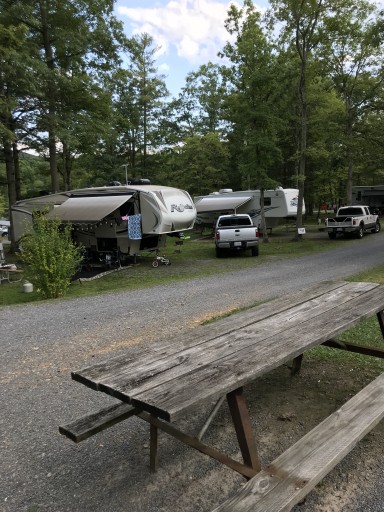