Mostly A Positive With A Few Negatives
Clean, friendly, and well-maintained are the first words that come to mind when I reflect on our trip this past midweek. We stayed for two nights and took advantage of the evening entry into Hersheypark as well as early entry the next day. The buses were frequent to the park and were a great convenience for us. The layout of the campground is fun and feels like different neighborhoods. We had a pop-up and site number 83 was perfect for us. The basketball and volleyball courts were well-used and the pools are a nice size. They were busy both days we were there but never full. The small stream running through the campground is a popular play spot for the 7-12 year old crowd. The bathroom are very modern and clean. Garbage pickup happens almost constantly by roaming employees. The camp store is well stocked with everything you may need for camping as well as a day at the park. The biggest drawbacks are the sites for large rigs. They are tight. And the trains may bother your sleep.

So Disappointed....
Location is great. Very close to the attractions. Nice warm environment. Campers were very respectful of quiet hours and pets were well behaved. Staff was friendly and very helpful. Bathhouses were well maintained. But.....Setting up a 26' travel trailer was tight. No one could pass through until you were in your spot and unhitched. People were rushing to set up so they could get out of the way of others trying to get to their spot. The perfect catalyst to mistakes or injuries. And then there's that confounded train. Campers have previously stated that it was hourly. It was much more frequent than that. Those long freight trains with multiple engines there take forever to go by. I booked 3 nights and ended up leaving after the 2nd. Such a disappointment that we were unable to rest after a travel day or a day at the park. I will most likely not return or recommend.

Disappointed
Resort should have same thing to keep you busy all day. Nothing unless you like a train. Quite time doesn’t mean anything to them 1am people are singing yelling and just not giving a shit about anyone but them self’s.if this is any indication on the whole Hershey company it’s bullshit. I would not recommend this so called resort to anyone. There is a KOA not to far away that’s cheaper and doesn’t have a train and keeps the kid’s involved. This camping resort in also tight canopy can not be taken all the way out. Don’t waste you time and money. If this was the hotel our lodge you wouldn’t get this treatment.

Train All Night And Day
Clean but what f trains all day night no joke over 10 in a day and night blowing horns. 100 ft from site never again also $100 a night I stayed because of location to parks for a night then Walmart the next night lol. Walmart is way quieter

Nice Place
This is a nice clean campground. We stayed in the pull threw area which were booked every other site due to the social distancing rules. The store was closed for the same reason, that was tough knowing there was all that chocolate we couldn’t get too. We would certainly come back again. There is a train that borders the campground, its not that bad in the rv section.

Great Out Of Season
My family stayed here 4/5/19-4/7/19 right at the end of there off season. We were prepared not to have any water but to our surprise water was flowing :) the bathhouses were extremely clean as was the rest of the resort. The shuttle to hershey park was very convenient. The only reason I’m not giving them 5 stars is because like I said we were prepared for no water. So we booked a site near the bathhouse. We learned that if there is no water to your site. There is no water to the bath house. Would have been a smelly weekend had the water been off. The train never bothered us. We heard more sirens to the near by hospital then we did the train. Stay here. You’ll like it!

How Often Does The Train Go By?
The resort itself is nearly perfect. Some of the sites can be a little close together but ours by the river was nice and roomy. The train in my opinion is the absolute biggest problem with this place. For $90 a night to hear them go by every hour whistles blaring is insanely difficult especially if you have children who the don't sleep soundly.

First time with our RV and we were very happy!

Waste Of Money
Stayed here on the weekend of the Largest RV Show 9-15-17. The campsite PV03 which was unclearly marked left little to be desired. We had to set up our tent on the stones because there was no grassy area for a tent. The train was very loud and more frequent than expected,even though it was disclosed before the reservation was made. The bath house was clean and shower water pressure was good. This site was totally not worth the $89 a night for what it offered. I feel as though this campground is just another way for Hershey Park to rake in the money while offering few Amenities. Nothing really to do in the campground itself. I found a campsite around $20 cheaper per night 5 miles away in KOA. This place had much more to offer, and I would have picked it had I done better pre-planning research. Not worth the money!! TRAINS TRAINS AND MORE TRAINS!!!

Great Place
It's a great place for parents and grandparents like to take their little ones the campground is kept very clean the people that are running the campground and the staff are very cordial this is my third year I will probably be doing another 3 years with my grandchildren I would give it 5 Stars if it were not for the sites.

One Of The Nicest Campgrounds
This is one of the nicest Campgrounds visited to date. Planning annual visits to here. Quick shuttle to the park with early entry and discounted prices

Could Be Better
Very tight spots. Needed to go around and back into a pull-thru site. Our awning was just touching the medium sized 5th wheel next to us. Just a place to park the Rv to do other activities away from the campground. Area is nice, great restaurants and close to Giant Center. Tough u-turn to get to site from the entrance. Gravel Site itself was not level. People working there were exceptionally pleasant. 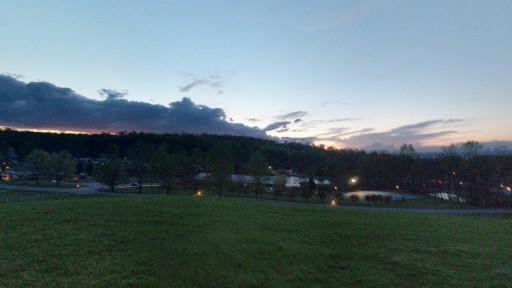 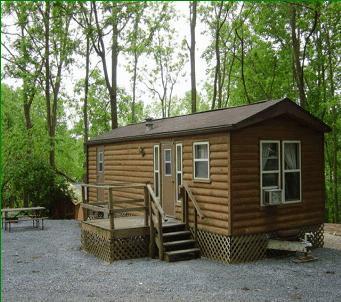 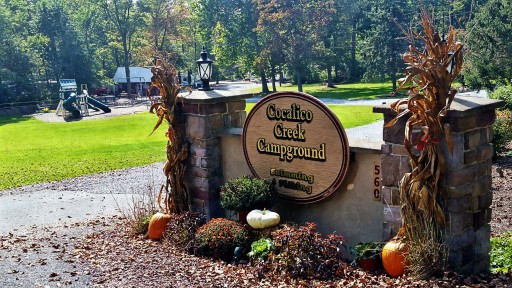 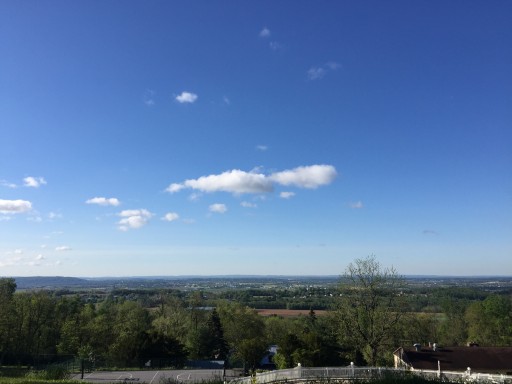