Rude
I called ahead for a one night reservation & the lady that answered the phone was obnoxiously rude. I quickly interrupted & told her thanks for your time but I’ll pass. We traveled further east & landed at Big Cabin RV Park & couldn’t be happier.

Rude
That is the only explanation I have for this park Nancy is the rudest person I ever spoken to I would not stay on the park for free because they treat you like you’re garbage I pulled in this afternoon and asked her if she had any monthly sites available she said she did not She only had Nightly sites available I told her that was fine I could stay night and she said she could not rent one because I was going to be there for an extended. I explained to her that I just wanted to Nightly Site and I would find other arrangements she said they were full and didn’t have any available when I asked her why she just said she had some available she said they are sold out. The same thing happened last year when I try to check into the park I would not recommend this park to anyone the rudest owners I ever spoke with ever

Easy Access
It’s like they saw us coming! So sweet to be welcomed by being guided into our spot. We were just there for the night and so happy to have a shower. As we were leaving the lady working that day noticed our cabinet door open. She flagged us down and stayed with us until we got it fixed. Helped us and laughed with us. I appreciate kind people much more than shade. Thanks!

Great Park
This is a wonderful park! People in park are very helpful and work with us on our family emergency! We had to stay longer than we thought and they were very accommodating! Nice quite little park!

30# Dog Limit
They will not allow any type of dog above 30#'s. You just lost 1 years worth of rent up front with cash over a Boxer breed. They were also rude letting me know about the pound limit over the phone.

Happy Camper
On call was quick and extremely friendly. Great pull thru spots and conveniently off the side of highway!

Very Nice Stay
My wife and I stayed a couple of nights on February 19,20- 2016. Was met by park manager as we pulled in. Directed us to our pull thru spot. Easy connections. Fast check in. Nice clean pads. Not a whole lot of trees or shade but that was ok. We drove around the park looking at other RVs after our set up later in the evening and was flagged down by a park resident who wanted to know who we were. ????. I liked that. Kudos .. The only issue I had was the interstate noise. It can get loud at times , late at night but other then that, no problems what so ever. We will definitely stay there again (my wife said she will bring ear plugs since I'm a light sleeper) lol. 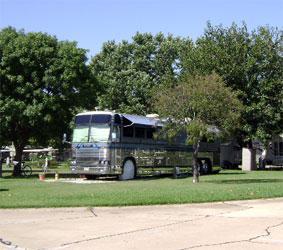 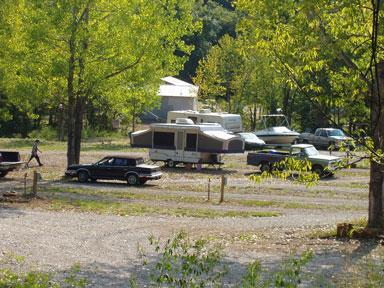 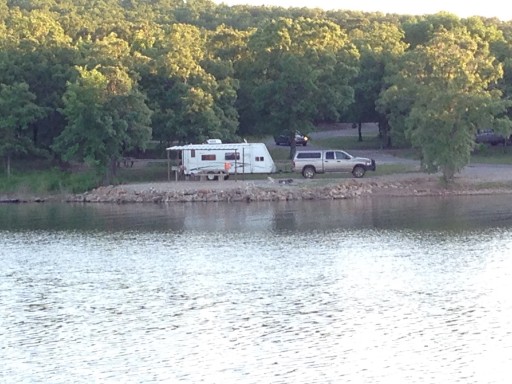 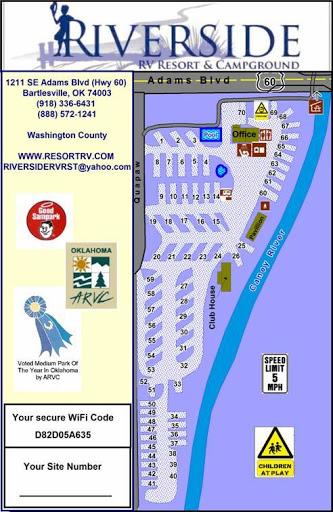