Move On
Primarily full timers & seasonal & migratory residence. Affordable, but no water sewer hookups. That was fine since we were just looking for a safe place to park for one night. The ladies at the gate and office weren't rude, but were not very helpful. No maps and we were told, just drive around until you find a place that will work and let us know; easier said than done pulling a 42 ft 5th wheel. JMO but if you are from out of town and seeking a place to go camping - lool elsewhere. The lake was muddy and not very appealing. There weren't really any amenities. The one play area was small and unappealing. Maybe this place is a 4 star mobile home park, but it is definitely not a campers best option. Not terrible, but not terrific either. Honestly, I failed to see any appeal and wouldn't stay here for more than one night. OBTW, we called 6 hours out and were told, awe we have plenty of spaces, but when we arrived, it was like, hmm it is a busy week for us and we may not have room...

Cramped But Nice
I chose this site because it was close to where I wanted to be, it offered discounts to disabled veterans, and being on water should've been nice to look at. What I found was that it was a ground that would be great for tents, but is horrible for trailers. I was originally placed on a lot that can handle 35ft of trailer. It couldn't fit my truck. I asked for a different spot, and it was gravel and on a large slope. My neighbors pulled out the marking posts and moved picnic tables for me to back in. The following morning I explored the site. The water was filthy, and the ground covered in animal droppings, from dogs and geese. The showers, pool, and other facilities were immaculate. The staff was great, and the rangers came thru often, which kept things quiet. Easy access to town, and overall a good stay.

So/so
Just left Charles mill lake campground at Eagle Point. It was so/so. Sites were very cramped, very difficult to maneuver into, and most on huge slants. We had to request a different site bc we could not maneuver into our first one nor was there aby way we could have made our camper level it was so slanted. Our new site was completely covered in goose poop, like every other step was poop. We had some great neighbors and some terrible ones...nothing you can do about that. The "lake" looked pretty filthy and no one was swimming, just boating. The bathrooms were nice, spacious, and clean. The Rangers and staff were very friendly. We went for a no kid get away so it was fine. But we would've felt very differently if we had kids with all the goose poop, drinking, and vulgar language. The Rangers did come get 2 groups under control the 2nd night. We personally would not return. 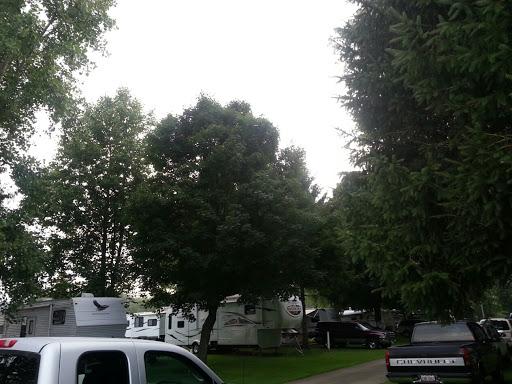 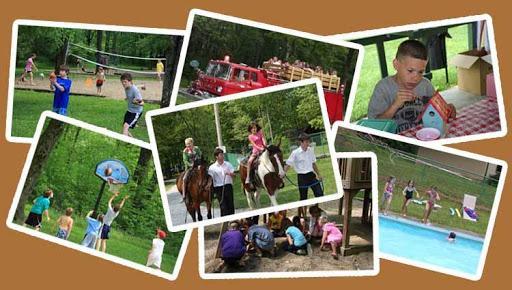 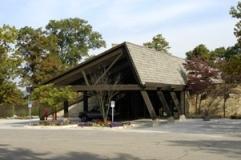 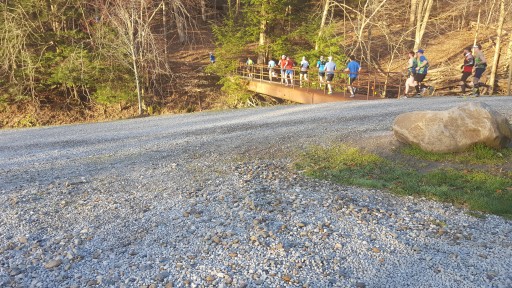