Pricey For What It Was
Stayed in a pet friendly cabin on the way home. Staff was ok but was told could not leave pet alone in cabin even if in a crate so using any amenities or going out for dinner was out. Did have a lot it traffic noise from interstate but wasn’t to bad inside. Cabin was a small bed area and a small bath no sink had to use sink that was part of a tiny kitchenette. It was clean but at 129 a night was way overpriced. Not likely to stay again

DO NOT RECOMMEND!
Do NOT recommend staying here. Save yourself the trouble and drive to the East Asheville KOA. The west one is horrible (think Wicked Witch if the West has as that’s exactly how I think of the majority of their staff). In all of my camping experiences as a family, this is the absolute worst I’ve ever stayed at. Campground is extremely spread out and playground is a good ways away fro both camping areas so it gives you concerns on allowing your children to go play on the playground without you going with them. It’s at the bottom of a hill surrounded primarily by woods. Another big issue is how close it is to Hwy 40. You constantly hear Hwy traffic, even at night. Slept with an air machine and could still hear it. Playground and trails were near Hwy and did not see a fence that separates them from Hwy—just woods which doesn’t feel safe. Horrible smell due to paper mill—constantly almost smells like sewer. Save you money and go somewhere else!!!

We just got finished our second stay. Staff very friendly . Security at night even got us ice and firewood after hours. Although we got a phone call 're our barking dog, they were very nice about it. And mainly just concerned. Just finished a large dog run that is great...

Park itself is fairly nice. We had a pull through site and it was long enough to park our 45 ft coach and toad. The problem is I-40 is right by the park and the sound from it comes up into the park. Really hard to rate this park for me. The park itself is perhaps a 4 but the road noise makes me rate it a 3. It is possible some of the non-pull through sites are much quieter but we have not even been in that part of the park. The park does have some nice walking trails but again we have hardly used them.

Great Hideout
We are staying four days and so far it is nice, only downside is the I40 interstate noise but with a little imagination you can pretend it is a rushing river with a waterfall.

Campground is 25 years old. Current owners have had it for 9 seasons . They are working hard on improvements and up keep but still a lot needs to be done. Good place for a few days. Pull through are the best sites. 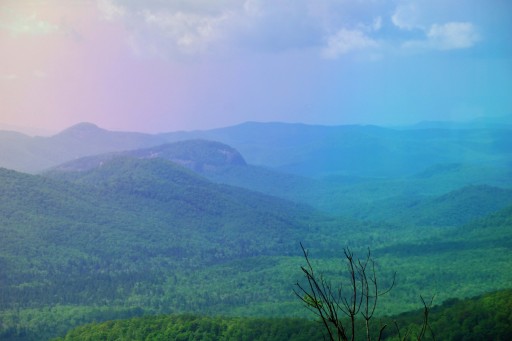 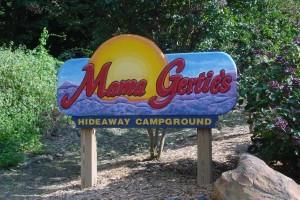 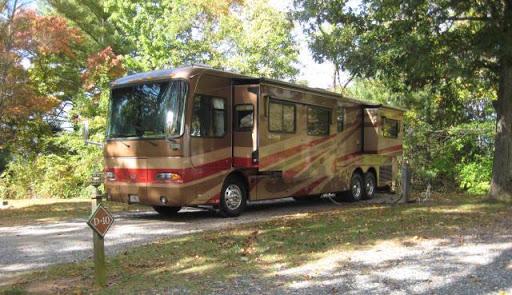 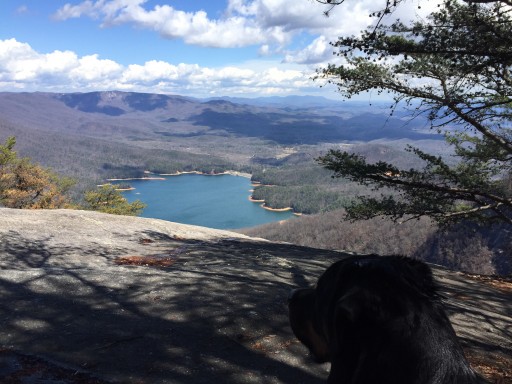