Get very little for what you pay for
Made a reservation for two nights, but given the worst site with no shade. Overnighters were given better sites with shade. Pool was closed due to power issue and only received passes to the nice community pool after complaining. Staff not helpful or competent in moving us, so we gave up. You don't get much for the high price you pay. WiFi was OK. Sites are dusty gravel and mostly level. Next time I'll try the Golden Nugget or go on to Elko.

A desert campground, gravel lots and dusty at times. Easy in and out. Friend staff, didn't use showers. Would stay again.

Over- Priced For What You Get
We stayed for two nights. Easy in and out with long 80' pull thrus. Unfortunately, the site was gravel and far from level.

Casino Parking Lot
Had a reservation but couldn't stay there. It's basically a parking lot behind a casino.

Not Too Great
We stayed 2 nights. Was assigned a space furtherest away from wifi even though I asked about needing wifi. Poor wifi on a good day. First spot was not flat. Showers are separate in little closets with poor ventilation. Second day we asked to move closer to wifi and flatter. Pretty pricey compared to other camps as we cross the US. Compared to other KOA's the quality is poor. 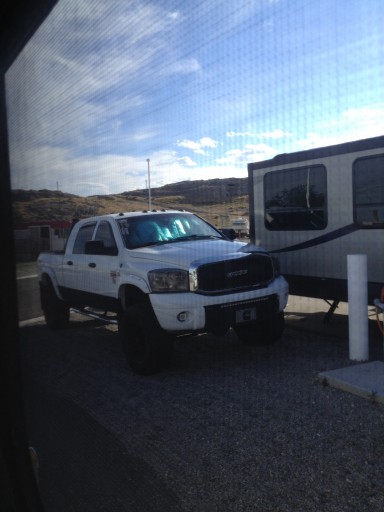