Piss Poor!
Wifi works at the restrooms, not at your campsite. No cable tv. Very unfriendly, not helpful, felt like they were doing me a favor. Run down enviroment. Won’t be stopping here again!

Ran Down
Drove in and last. Over priced!

Pleasant people, clean restrooms. Sites are level. Only bad thing were the trains, they were loud!

This is mostly a working camp with permanent campers

Chief Cook And Camper Driver
Nice place to stop for the night, right in the middle of a heat wave. It was around 100 deg. when we checked in so it took a bit to cool the camper down. Level gravel spots and grassy area to sit out by the picnic table. Friendly staff and working hard to recover from fire.

Nice Place
Staff is friendly and accommodating. The site's are large with good cable. I would stay here over the KOA down the street. I doesn't have some of the amenities of the fancy parks, but the large site's more than make up for it.

Should Be Better
An open campground with gravel sites. Full hookups with cable is $37.57 plus $3 for 1 extra person. WiFi didn't work because office/residence had a fire and smoke damage. Only men's bathroom was working because they were storing relative's belongings in the woman's bathroom. They had only been opened for the season since April 1. So I can understand things not being ready. It is over priced but the only other option is KOA and it is about $45 also.

Nice place for a day or two. The place is nice and the staff friendly. I think it's a shade over priced. 36.00 with Good Sam discount for electric only spot. $20.00 or $25.00 seems more reasonable. 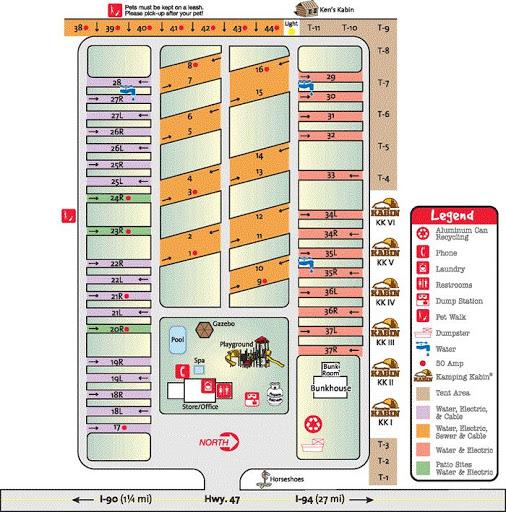 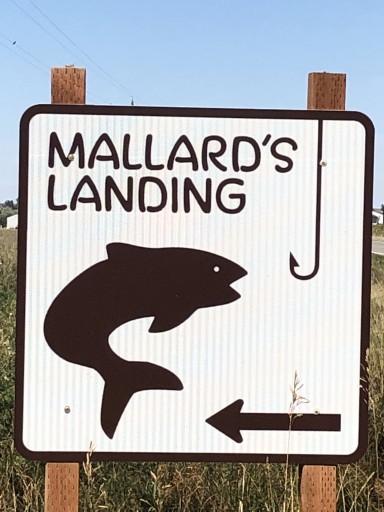