Skeeters Galore
This is a great park just be sure to bring your bug spray. Though they did have a spray-truck that drive thru one night, they were still a nuisance at times. Over the dunes, between the park and beach, they were intolerable. And with recent heavy rains, many of the camp sites were standing in water up to 3-4” deep. I had to wade barefoot to my truck when leaving a couple of times. And there were sites much worse than ours. There was also a very severe storm that blew through while we were there causing damage to some of the RV’s in the park, severe flooding throughout the island, damage to many homes and businesses and the loss of water and power. Because of this the guests were asked to leave. The entire park is paved, but there are a couple of tight turns getting into and out of the main campground. I’m only giving them four stars instead of five due to the mosquitoes and not having sewer at the camp sites just a dump station. With all that said, I would most definitely visit again

Nice Place Great Deal For Seniors
The senior discount (62 years old) is 50%, a great deal. Asphalt pull through sites with nice grass lawns, picnic table and grill. Bathhouse are at either end and are clean and well maintained. Yes, there’s “no seeums “ bugs that are a pain, but they weren’t a deal breaker. We are on an island, barely above sea level so it’s no surprise there’s going to be bugs. I can only imagine how the bugs are during the Summer.

Do You Fish?
To get to the beach from your campsite one must sprint across the dunes or the mosquitoes will ascend on you like the winged monkeys over the rainbow. Once you get to where you'd think you're in the clear, you're not. Run farther, take pic of beach, summon courage to run back to camper. The beach is, well, ugly. (Yes, I'm partial to the gulf beaches east of Mississippi.) This is a hardcore fishing community. Sadly, the community is depressed, which is understandable after four hurricanes (a 5th on its way) & covid-19. As for the campground, it's nice. Sites are spaced out but there's nothing between you and your neighbor. Compared to state parks in other states, the site was a bit of a mess. Beer cans & plastic in firepit. Cigarette butts on ground. And for some unknown reason, garbage wasn't collected all weekend. Utilities work great & even the water tastes good for a beach location. Didnt use bath houses or laundry. If you fish or kayak, come on down. Otherwise, skip it.

So Peaceful
We stayed here until they had to close due to COVID-19 laws, but we have stayed longer. Just a short walk over the dune to the beach! Facilities were clean and the staff was kind. Off the beaten path but so worth it! Kids loved hermit crab catching too.

Great Place
Friendly, helpful staff. Great sites, stayed in #29 and had large grass area next to us. Clean and beautiful area.

Great Park
We love it down at Grand isle state park. Very nice people, great fishing. It's not white sandy beach but nice just a short walk over the levee from our camping spot. They have tent camping on the beach also. Good restaurants nearby and fresh shrimp to buy and boil. Bring a lot of mosquito repellent.

Beautiful
Great State Park! Clean, beautiful and great fishing and crabbing in the summer! Fresh gulf shrimp for purchase, just around the corner when in season! Be sure to bring mosquito spray!

Grand Isle
We stayed here for a week in January of 2016 with a 31' class C pulling a Mini Cooper on a tow dolly. We the pull through sites were easy to get into. The Gulf of Mexico is just over the levie. There are nice piers going out to the water. The campground and park was clean and we'll maintained. It's not a white sand beach area but there are sea birds, pelicans, egrets and dolphins to be seen. Grand Isle is a long way from anywhere. Once you're there there isn't a lot to do other than hang out at the beach or campground. If that's what you're looking for this is a nice place. For $20 a night is a good deal. 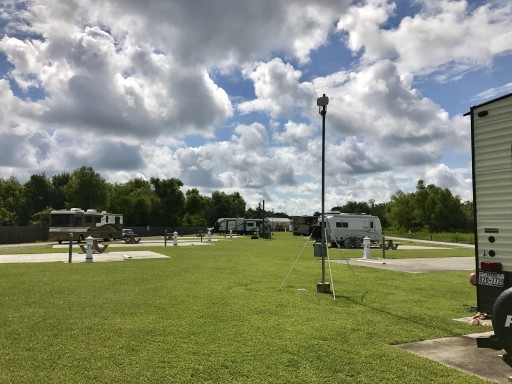 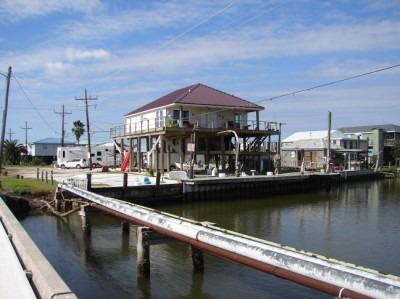 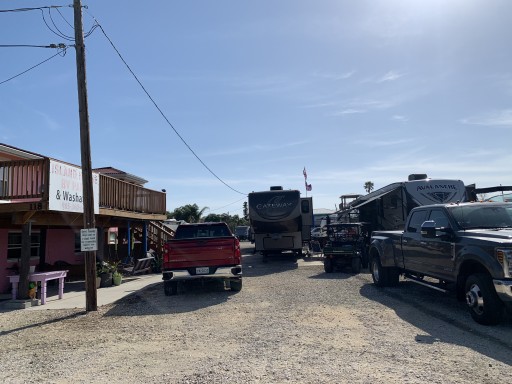