Nice
Awesome family campground with an awesome playground. Designated dog area that is fenced in. My spot kinda sucked (54) but I believe I was one of the last ones there so the good ones was gone. But all the spots are close to other people.

Nice Stop
We only stayed one night and it was rainy and cold. Staff was very friendly, space was adequate. We had to use our Anderson levelers which has been the norm in the higher elevations. Would stay again if in the area. Looked like a very family friendly campground. Very clean bathroom and showers.

We just spent 1at this KOA, raining so didn't get to see much of the park. They had a couple cooking dinner and breakfast that hit the spot. Needs a little updating on larger sites. Add a little gravel and it will be a 4.

Good Place To Take The Who Family
This is a Koa that being said people bring kids along with them this is not a 55+ park So yes kids on bikes and scooters kids at the playground. All in all my wife 5 kids and I enjoyed this park it was a busy weekend when we were there but didn’t seem to packed in the bathroom was the nicest I have ever seen at a Koa the pool was cool and clean bounce pad mini golf nice big playground and more lots of activities planned all summer long and things to do around the Area. The staff were friendly and helpful they have a pizza and wings delivery service on site and tummy teasers

Dated AND Small
Don't be fooled by the 4 and 5 star reviews - this place is a solid 3. The staff were friendly but the spaces were generally very small. We stayed here one night. I can't imagine this as a campsite I would frequent. Do know that there are lots of things for the kids and families however, the spaces were small and in need of updating. We stayed in a premium site, which had a clean and operable gas grill, concrete patio, fire pit full hookups and a table and 4 chairs. I was a bit too taken by the electrical panel cooling system. Attaching a fan to the panel in order to keep the breakers from over heating was creative, but lacking in safety, especially with all the children running around un-supervised. I don't mean to be critical however, but not unlike other KOA facilities we've stayed at, this is an old tired and for those that travel often, it shouldn't be an bucket list destination. 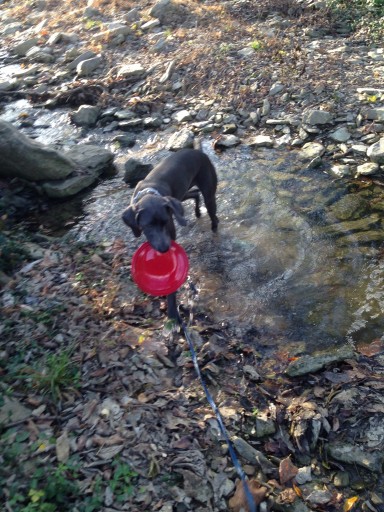 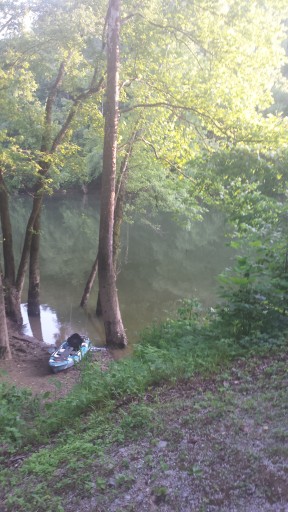 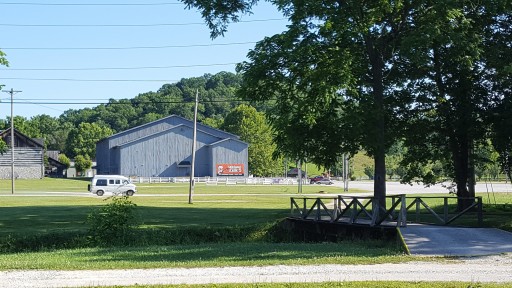 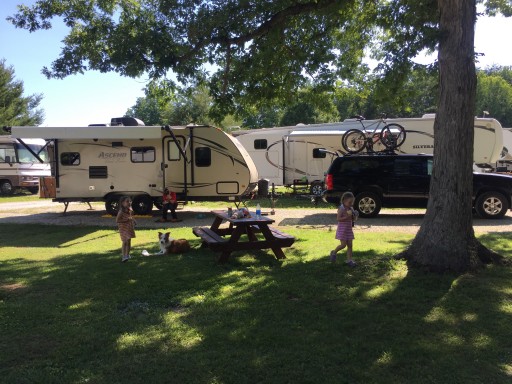