High Prices To Dump
Called to see if we could just dump and you can, but it’s $15. We’ve been able to dump all across the western states for $5.

Tiny Home Owner
Friendly enough, but won't allow tiny homes on their lot without justification or reasoning other than, 'thats the way it's been' attitude. Which is too bad. You're losing valuable customers and money. Blatant discrimination.

Nice Park But Meter Electric
The park was very nice and clean. Staff very nice. Beautiful dog walking and doggie fenced area. Their pricing is high for this part of the country and they meter the electric. First time we've ever ran across that. Allot of old trees and difficult if not impossible to get satellite reception. It's tucked off the highway enough that you don't get the highway noise.

Okay Place
Nice place tucked behind storage lots. No grass to speak of but the gravel is all level and clean. The restrooms require a code that opens the door lock. I hate that. When I want to use the restroom, I don't want to remember a code. Nice staff. We stayed 2 nights and would stay again - although a but on the pricey side for this area of the country. And they are still metering the electricity - obviously a requirement they have established due to the numerous full timers.

Full Time
The management was very gracious at registration. That soon changed and I was chased down 2 x as the guy in the golf cart said I was going over 5 mph (park speed limit). The first time I probably was going 7 or 8 mph. 2nd time I was not, and he had been drinking. Later that evening (after 9) he taped a notice to my door. When I opened to ask what he was doing he became belligerent and argumentative. He stated that he would evict me..."you're outta here as@&&*÷" he yelled at me. I made multiple attempts to contact the owners and was unsuccessful. I left on my own and found a MUCH better spot at North Star RV. A little further out but much quietier, and 2 or 3 x the lot size. Mgmt. is professional and is also the owner. A much better place than USI!

Nice clean and quite. Large parking spots. However they have several hidden charges. 1. If you stay for an extended stay - more than 1 day there is an electric charge of $.15 per KWH plus $5 Charge for reading the meter. When you pay for they stay a $30 deposit is added to your original bill. The $5 charge is called a charge for using a credit card to make payment rather than cash. When I told them that I would have paid cash if I had been told up front. Then she said it really is a charge to read the meter. This extra cha ge will be $20 for the week. Gerry

Lots Of Noise
Great park and great people. Unfortunately, a car alarm was going off all night long. Plus, there is lots of truck and train traffic noise all night long. We only stayed one night. Went elsewhere to get a good nights sleep. This park is close to family and has easy access, but I will not be back. None of the other parks in Wichita have the quality but some have less noise.

All Gravel, Large Sites, Nice Couple
We called in a late reservation and they did a great job getting it setup. When we got there, we finished checking in. The couple who was running the front desk were very polite. They escorted us to the site and made sure we fit in well. The sites are all gravel, but they are level and the hookups were in a great location. Will use again if we stop in Wichita again. 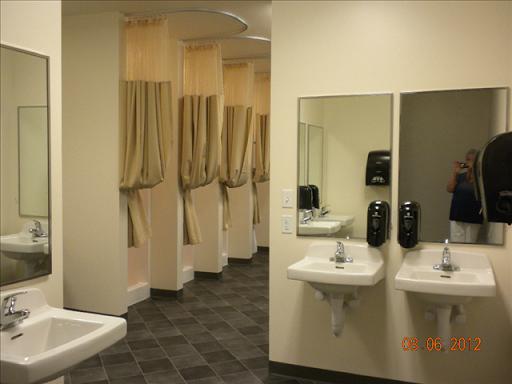 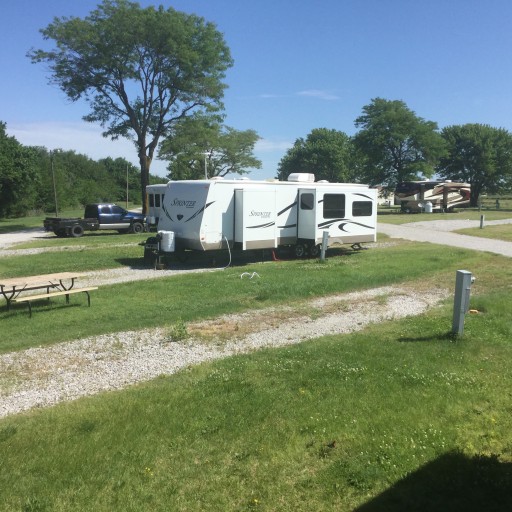 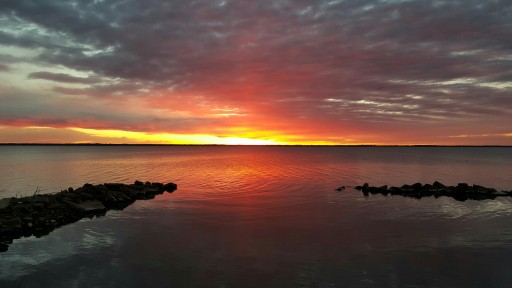 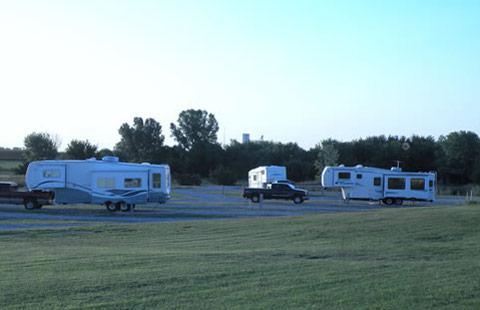