Posted Info About The Wrong KOA
I posted a review stating the laundry washing machines were not available at this KOA. I was wrong, This KOA has a working laundry. The KOA in Grand Island is the one that does not have a Working laundry. My sincere apologies. For this error on my part. This KOA is a great park.

I hope that things are better now than when we stayed there several years ago. The owners packed in as many rvs as they could even though the park electric breakers kept on tripping every few minutes from the overload. People with 50 amps were told not to use it. We all sweltered in the heat. When I asked what was being done to correct this, I was told that my reservation for the following day would be cancelled. This was the worst stay in all the time we were rv-ing.

Tight Fit, But Great Staff And Amenities
While the sites themselves are quite tight, the park has a lot of amenities for kids, the park store has lots of cooks stuff and the staff is fantastic.

Nice Kid Amenities...sardine Layout!
Woah, we had a horrible spot...didn't realize when we booked that we'd be SO close to neighbors!! Literally I open my camper door and 6 feet out is a couple sitting staring at me in lawn chairs. We had to share a tiny sliver of grass with the fire rings & picnic tables, our doors facing each other and table/fire awkwardly placed on the far end while our neighbors claimed the one by our door. Literally so tight I don't think we could have opened our awning or it would have hit theirs. Hubby was being told how to set up our camper by the peanut gallery. Our other neighbors were maybe 2-3 feet away. That said...probably not so bad if you can avoid that one awful tight row. The facilities were nice and clean, and my boys loved the playground, games, pool and dunk tank! They didn't realize at first you have to buy a wrist band to play on some equipment. Bummer...would rather just be charged a little more and have this included. 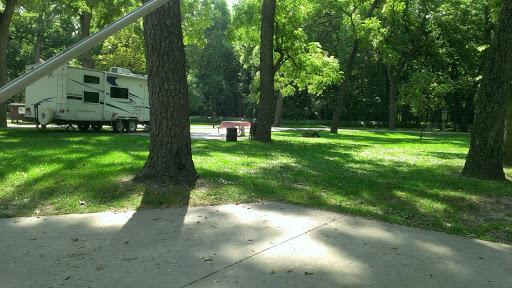 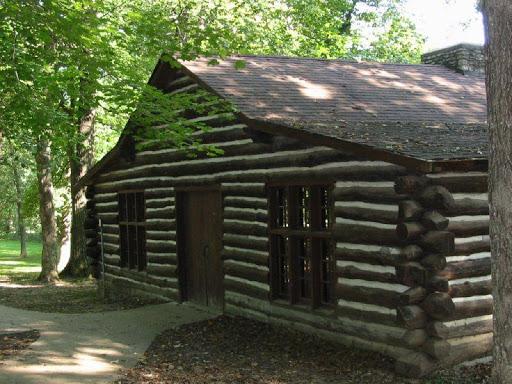 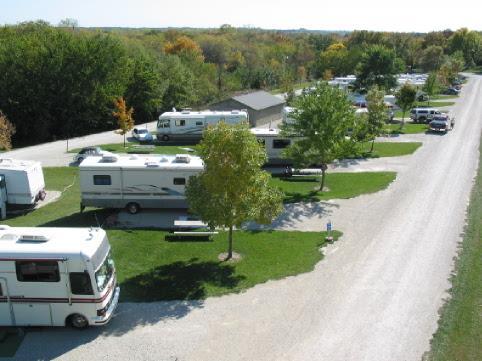