It's Different
Site #29 was pretty level and had full hookups. My kids enjoyed swimming even though a couple slides were broken and out of order. They've just built a new open air barn and they had live music, dancing, and food at night which was really nice. All of the other buildings were really run down though and there was a lot of debris all over the place. Trash cans at the campsites weren't emptied regularly so they stunk and flies were everywhere. This could be such a nice place if they would clean it up a little bit.

Ok
As others have stated diver originated and the facilities could use some major updating and TLC. The site was good and it was quiet at night. Full hook ups but rustic

2nd Visit, Worse Than The First Visit
It's gotten worse since the first visit in March of 17. While the place is still diver-centric, not camper-centric, which is fine.... The campground is getting more and more run down. At 10 am on a sunny late July day, the power went out for a majority of the campsites, so no one had AC. When going up to the front desk to see what was going on, the desk employees were completely overwhelmed and didn't know how to handle any of the stress and got zero help. Power took over 4 hours in the heat of the day to come on. We love the springs, but unless some effort is put into the campsite portion and it's infastructure is improved, we may have to find somewhere else to camp

Dive Focused but Still Had Fun
This is a place you come to if your into SCUBA diving. The water is cold, but that does make it nice on a hot summer day. The slides and swings look like they were haphazardly put together but the kids still had fun. The water/electric sites were just sandy patches of grass amongst the trees, but the "white" sites were fairly large. Definitely better on a weekday, less crowds and such.

We were very disappointed. They only have 6 full hookup sites, half of which the sewer connections are quite high off the ground. It makes emptying the tanks difficult. No paved roads, all dirt and very sandy. The "lodge" is very dilapidated and an eyesore, actually the entire place is an eyesore. Vortex Springs is so overrun with 15-25 yr olds, drinking, have their trucks blaring music that it is not a family friendly park. We actually left to go to another spring for the day. It's also a tight fit for 30 ft + campers. Also, since the sewer caps are so difficult, there are mutant flies everywhere. They do have new playground equipment however the type of people that were there left Pepsi cans, halfeaten food on paper plates and such all over it. There is also a permanent camper there that is so junky, it looks like A junkyard with broken, rusted equipment everywhere on the ground and a tarp over the falling apart camper. We would not go back.

Very fun spot. Biking, diving, swimming.... It has it all. It's a dive focused crowd so it's not the same as a typical RV spot. 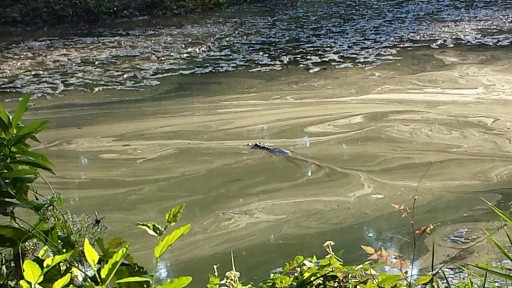 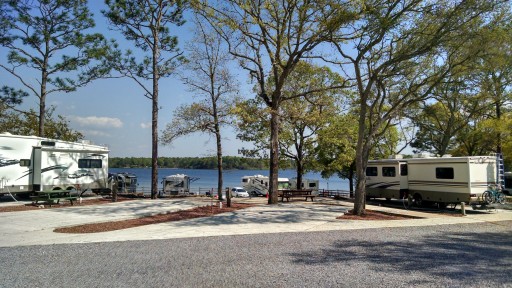 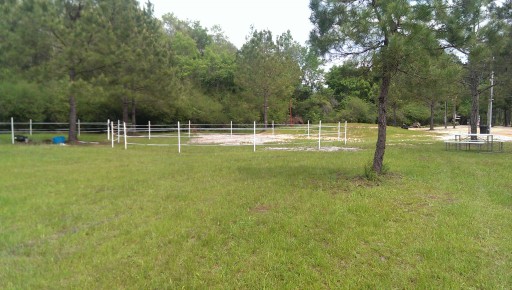 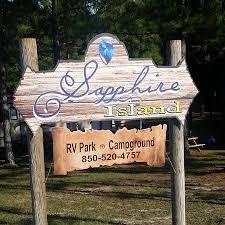